Call us on 01457 860118 or email us at sales@glossopawnings.com
My Carts Items
Menu
Account
Settings
My Account
Search

Sunncamp’s Air Volution inflatable awnings for caravans and motorhomes are fitted with air tubes which are enclosed in a heavy duty double layer sleeve; they offer a quick and simple pitching which in most cases can be done easily by one person.

New for 2016, the Sunncamp Advance Air inflatable caravan awning has the silhouette of a traditional awning and has the option to attach an annex. Also new, the Curve Air 390 and the Dash Air 260 inflatable awnings feature the new 75D Ace-Tech fabric.

The Super Swift Air and Swift Air inflatable awning ranges provide simplicity and reliability and are fantastic value for money. The Inceptor 390 Air Plus inflatable awning has been improved for 2016 and offers a great panoramic view when sat inside the awning.

Sunncamp’s award-winning design, the Ultima Air Super Deluxe inflatable awning has the option to attach an annex to either side and the Ultima Grande 390 Air Plus now has an enhanced depth of 325cm.

The Sunncamp Silhouette Motor Air 225 inflatable motorhome awning is the ideal choice if you’re looking for something small, compact and easy to erect.

The Rotonde Motor Air 325 inflatable motorhome awning is available in two heights and offers fantastic panoramic views when sat inside the awning.

Show:
24
per page
Sort By:
Position 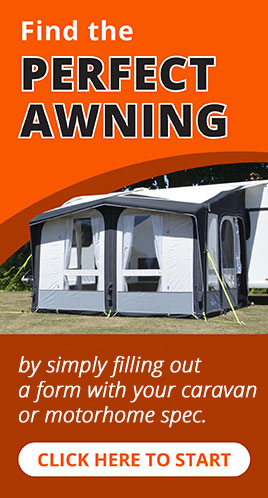 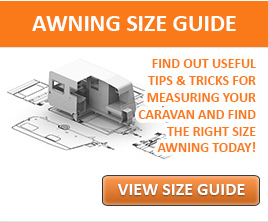